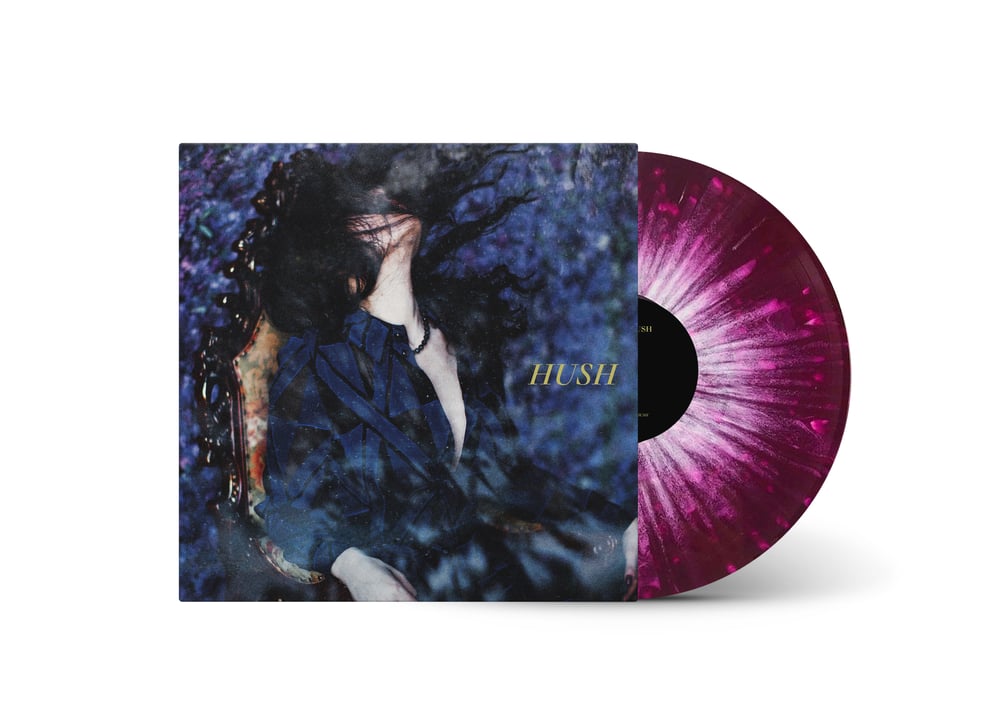 'Hush’ is the gloomy & dreamy sophomore album by
Belgium based and internationally celebrated
shoegazers.
Radiating moonlit warmth through a haze of
abrasive whirling layered guitars
and soul soothing vocals by Isa Holliday.
The lull of wistful longing and tranquil bearing,
contrasting cascading echoes of beautiful noise
surpassing their highly acclaimed debut album
‘Aurora’ in both song writing and musicianship.
Be sure to catch them on tour all over Europe and
the USA in 2022.
OUT OCTOBER 22nd 2021 Available on LP / CD / DIGITAL

After touring pretty much non stop all over the world
from the end 2018 til January 2020 including tours
with bands like Pelican, Torche, Soft Kill, Gouge
Away and playing festivals like Road Burn,
Arctangent, 2000Trees, Groez Rock,.... Slow Crush
was forced to take a touring break when Covid-19
hit.
Having to cancel two European tours and one US
tour last minute was actually a blessing in disguise,
allowing the band centred around Isa Holliday &
Jelle Harde Ronsmans to regroup & rethink.
Despite the lack of live shows, 2020-2021 was
anything but “calm” for the band. Unexpected
success of their debut album ‘Aurora’ and the impact
that heavy touring had already taken on their
private lives was intensified with the departure of
two band members and the need to train/work in
their replacements. Shortly after, their label ‘Holy
Roar Records’ imploded, leaving the band without a
home.
‘Hush’ is the result of songs written in between
tours, unexpected downtime during a pandemic and
turbulent times.
At the end of 2020, focus was shifted towards
finishing their 2nd album and this resulted in an
album with stark contrast. Some of their darkest but
hope filled music to date was recorded